Become Research & Content Partner
IRIA offers varied opportunities for organizations that want to highlight their original, research-based, quality work to a global audience through our co-branded initiatives. As a content partner, your organization can gain various advantages including networking opportunities, customized reports, backgrounders and analysis.

We can help you design optimal partnership package that best suit your requirement and are also mutually beneficial. For more information and details about research and content partner benefits, contact editor@ir-ia.com


Support IRIA
IRIA stands for democracy, harmony and peace for all.

We aim to support grassroots democracy and promote peace building processes and cultural harmony by working with policymakers, institutions and political stakeholders. We highlight common threats and misconceptions, by focusing on critical issues that threatens international peace & security and provide improved set of strategies and countermeasures.

We also promote prospective young authors, scholars and offer them an opportunity to engage with global audience and build up their academic profile by sharing their thought-provoking ideas, solutions and opinions on global affairs.

IRIA encourages young women scholars and authors to express their visions and observations on foreign affairs, peace and harmony.

IRIA believe that interdependence, trust and understanding can not only to bridge the gap between nations and political leaders, but also create a better and prosperous world. With your support and donations, we can work together to make a positive impact on global peace and security. 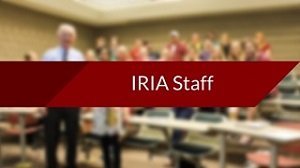 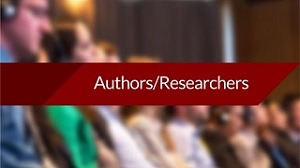 We provide Exclusive Reports to our donors!


Dr. Abdulmajeed Bolade Hassan-Bello is a professor at Department of Religious and Cultural Studies at University of Uyo in Nigeria. He teaches various courses including Islamic doctrines & theology, Islamic jurisprudence, religion & human relations, religion & cultural changes. He has written numerous books and journal articles including “Islamic Doctrines and Theology” and “Islam and Conception of Islamic State”.


Caterina Perlini did her Masters from King’s College London, Department of War Studies. She also worked at the European Union Delegation to the United Nations in New York and reported about the Security Council’s resolutions on Syria and Libya.


Cody Pajunen’s research focus is transnational terrorism and the psychological basis of political violence. He also follows Turkish and Iraqi politics, and writes about group dynamics, insurgencies, and irregular warfare.


Christopher P. Davey is a graduate of Utah Valley University's Peace and Justice Studies programme and the Joint European programme of Human Rights and Genocide Studies at Kingston University. He is currently a PhD researcher in Peace Studies at the University of Bradford, and an associate research fellow at the John and Elnora Ferguson Centre for African Studies. Christopher's research areas include: genocide in central Africa, colonial and imperial legacies of genocide in British history.


Farinaz Aryanfar is a Dutch-Iranian researcher focusing on conflict analysis in the Middle East. She has a Bachelor’s degree in Middle Eastern studies from Leiden University, and a Master’s degree in Global Affairs from Gothenburg University. As an active analyst in media, she received the ‘Most in the News Women’ prize in the Netherlands in 2009. Ms. Farinaz has presented her papers at several conferences including World Congress for Middle Eastern Studies (2014). Currently, she is studying the polarization threat of European societies as an effect of Islamic extremism (2015-2016).


Dr Fadi Elhusseini is a political and media advisor. He is a senior fellow at the Centre on Governance, University of Ottawa and an associate fellow researcher (ESRC) at the Institute for Middle East Studies Canada. Elhusseini is an advisory board member of the New Arab Foundation. He holds a PhD in International Relations (Turkey and the Arab World) from the University of Sunderland in Britain.


Grace Blakeley’s research area is conflict in central Africa, particularly the nexus of conflict that has arisen around north eastern Democratic Republic of the Congo, South Sudan and the Central African Republic. She is currently pursuing an MSc degree in African Studies at Oxford University. In her thesis on the second Congo war, Ms. Blakeley analysed numerous sub-conflicts in DRC after personally visiting the Ituri region of the DRC for her research. She also interned at the European Parliament and spent some time volunteering as an administrator of a charity called The Child's Trust, and visited India and France.


Katty Alhayek is a scholar and activist from Syria. She is currently a PhD candidate in Communication at the University of Massachusetts Amherst and a research assistant at the UN Women. Her research interests center around themes of gender, conflict, activism, media and new technologies. Ms Alhayek is a former Open Society Foundations fellow and holds Master’s degrees in International Affairs and Media Studies. Her areas of interest include: Peace and Conflict, Restorative Justice, International Politics.


Linda Hewitt did her Bachelors in Arabic Studies from Berlin where her research focused on homosexuality in Arabic-Islamic societies and in the Middle East. She is currently pursuing her Master’s degree from in Lund University, Sweden at the Centre for Middle Eastern Studies. She is currently studying how some Muslims are managing the balance between traditional religious and modern values in their everyday life, based on narratives of Ismaili Muslims living in Germany.


Lorna Balie did her Bachelors in Political Science, Philosophy and Economics from the University of Stellenbosch. She completed her Masters in Peace and Conflict Studies at the European Peace University in Austria where her thesis focused on the impact of peace education on youth in South Africa. Lorna is currently a doctoral candidate in Education at the Centre for International Teacher Education at the Cape Peninsula University of Technology.