What Went Wrong in the War on Terrorism in Afghanistan?

The 9/11 terrorist attacks changed the scenario of international politics; the U.S.-led western coalition initiated the war on terror in Afghanistan, mainly to eliminate threat of terrorism. However, after 13 years of struggle the U.S. failed to achieve its objectives. Today terrorism remains a global political agenda and terrorists pose a serious threat to world peace. Moreover terrorist organizations further expanded into other regions, causing more fear worldwide, with number of attacks and fatalities increasing drastically. The main reason behind writing this piece is to investigate that what went wrong in the war on terror in Afghanistan and suggest alternative solutions to counter terrorism. The first chapter gives a brief explanation of the issue and specifies the significance of this research. The second chapter evaluates the existing literature on this issue, and includes critical analysis. The third chapter clarifies the research methodology used in this paper. Chapter four evaluate the costs and benefits of the war, and analyze the experts opinion, as well as the Afghan, Pakistani, and American public opinion on the war on terror. The fifth chapter mainly examines the failures of war on terrorism and identifies key factors behind those failures, ranging from complexity of definition, lack of cooperation among the allies, failure of understanding the local situation, and motives and structure of terrorists. Finally, the last chapter summarizes the key findings, proposes an option of collaborative and cooperative approach towards terrorism, as well as recommends the revised counter-terrorism policy. 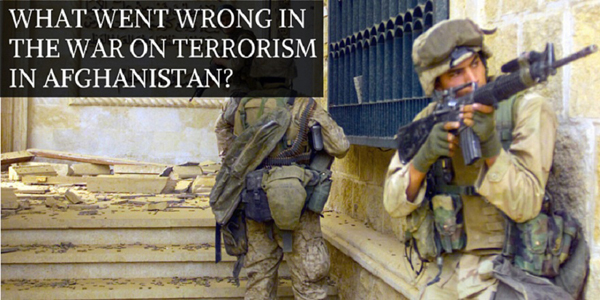 After the 9/11 incident, the United States of America and its Western allies initiated the war on terror by attacking Afghanistan in 2001 and later on Iraq in 2003. The U.S.-led invasions of Afghanistan and Iraq further fueled anti-Western sentiments not only in Afghanistan and Iraq but engulfed the whole region, especially in the entire Muslim world.

Although, during last 13 years the United States did succeed to avert any major terror attacks inside its territory but anti-Western in particular anti-American sentiments continued to spread rapidly in Asian and African continents. Despite the fact that dozens of top Al Qaeda leaders were killed or captured during the decade-old war on terror but it also resulted in the deaths of thousands of U.S. and allied soldiers with enormous cost estimated between four trillion dollars to six trillion dollars. The net result is that today terrorism has spread all over Asia, Middle East, Africa and Sahara region and there is no hope for a long-lasting success against terrorism and durable peace and stability in the world.

Today the world is less secured from terrorism and more vulnerable to terrorist attack than it was in pre-9/11 period. Experts have concluded that the U.S.-led war on terror has given birth to a chain of terrorism cycle forcing the U.S. and NATO to withdraw from Iraq and Afghanistan leaving those nations in a more insecure environment. Terrorism today poses continued serious threat to the whole world but especially in the Arab-Asian and African regions. The end-result of thirteen years of war on terrorism is a failure to eliminate the terrorism threat and globally there has been a significant rise in terrorist attacks from Asia, Middle East and North Africa.