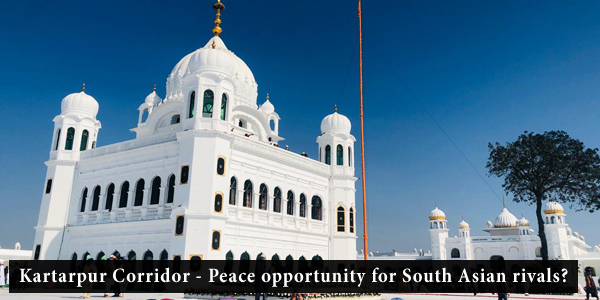 The opening of historic peace corridor by Pakistan to welcome Sikh pilgrims from neighbouring India and all over the world comes at a symbolic time. A time when Germany is celebrating 30 years of the fall of Berlin Wall and the world marks the 100th anniversary when the guns finally fell silent at the end of First World War.

Pakistan’s magnanimous initiative amidst tensions with India and completion of Kartarpur Corridor in record time is truly the peace booster the region desperately needed. In the years to come, it will be remembered as the first candle and promise of peace in the darkest times.

“Today we are not only opening border but also our hearts for the Sikh community” Pakistan Prime Minister Imran Khan announced on November 9 as the country opened its gates to welcome thousands of Sikh pilgrims to Gurdwara Kartarpur Sahib – the holiest Sikh Shrine in the world.

In 1947, when the borders were drawn and Pakistan and India declared separates states, Punjab province was divided, forcing millions of Sikh to leave the land where Sikhism was founded while Muslims had to migrate to Pakistan. For decades, the white-domed temple remained so close yet so far for the Sikh devotees in India who could only catch a glimpse of it from the binoculars.

It took Islamabad and New Delhi nearly 70 years to cover the distance of four kilometres to build a visa-free corridor for 22 million Sikh who live in India in time to mark the 550th birth anniversary of the founder of Sikh religion, Baba Guru Nanak. As the passionate devotees arrived from India wearing smiles and colourful turbans, they termed the Kartarpur Corridor a miracle, a final wish that their elders had on their deathbeds: to bow their heads at Kartarpur Sahib in Pakistan.

However, as ambitious as it may seem, the rare cooperation between the two nuclear-armed neighbours only a few months after edging close to nuclear war is a mystery. Peace is in the air but clouds of conflicts have not quite dispersed yet as evident from the speech of Pakistan Foreign Minister Shah Mahmood Qureshi at the inauguration of the Kartarpur Corridor. While hinting at the corridor as an olive branch, he made Pakistan’s stance on Kashmir crystal clear. 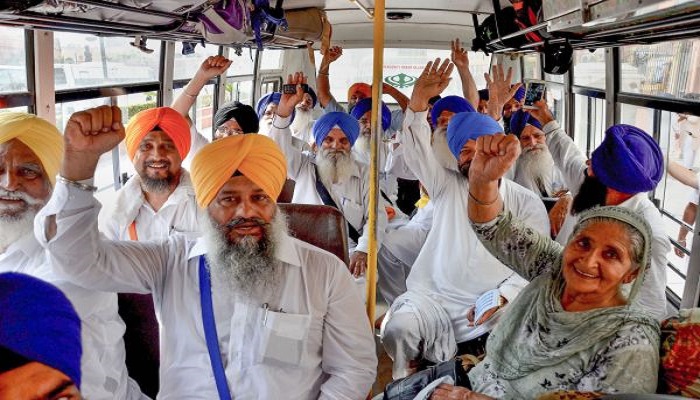 But what is incredible is the fact that Pakistan kept its word and opened the peace corridor the same year despite endless provocations from India since February’s airspace intrusion to abolishing special status of Jammu and Kashmir leading to severe human rights violations, and incessant violation at Line of Control (LoC) killing dozens of civilians.

India’s reaction to Pakistan’s benevolent peace gesture has been the most unfortunate. “Pakistan could be looking to use the corridor to revive Khalistani separatism,” reads the headline of the November 8 editorial in Times of India. The November 11 Hindustan Times opinion article terms the corridor “a trap that Pakistan has set for India”. Such jingoistic reporting depicts that the Indian media is totally toeing the government line leaving little or no space for impartiality in world’s largest democracy. The vile language and cynical attitude somehow explains the predicament faced by India as Pakistan opened the peace corridor despite constant and alarming tensions. The right-wing Modi government which is not yet ready for peace and dialogue with Pakistan, had little option but to accept the project unconditionally to avoid any backlash from Punjab especially when India is facing its worst economic slowdown since 2013.

Skepticism, fears and hostility aside, the opening of Kartarpur visa-free corridor paves the way for interfaith harmony, demonstrates Pakistan’s commitment to regional peace and signify a rare diplomatic victory for Pakistan that has sent alarm bells ringing in India. Despite resistance from New Delhi and myriad internal challenges, Pakistan has fulfilled its promise of the peace corridor, which is nothing short of a miracle.


Note: The above opinions are the personal views of individual authors or contributors and do not necessarily reflect the views of IRIA.