12 Lessons to Learn from Kunduz Attack 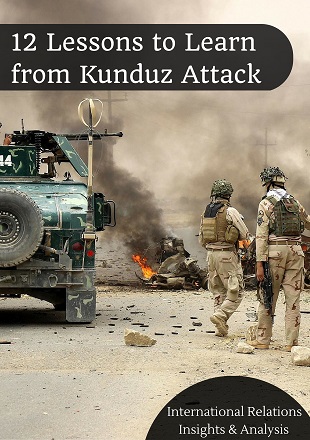 According to some experts the local population prefers Taliban over provincial or federal government. Although majority of Afghans are not in the favor of harsh Taliban rule, but many locals are fed up with paying bribes to the judges, corrupt state-run courts and warlords, therefore they often turn to Taliban for justice. The level of discontent is also one factor that contributed to the Taliban’s biggest military victory since U.S.-led invasion of Afghanistan in 2001.

Some regional connoisseurs and Afghan affairs specialists are upset but not shocked by Taliban short-lived take-over of Kunduz and consider the action as a warning not only for Afghanistan, Pakistan but also other regional countries.

Taliban insiders now concede that local commanders were "encouraged" by embedded sources to move towards Kunduz apparently to convince Afghan and foreign powers that Taliban cannot and should not be ignored.

Pakistan's renowned liberal journalist, Hamid Mir, known for his opposition to Pakistani military establishment claimed in his twitter message that the man who commanded Afghan Taliban to capture Kunduz was no other than Mullah Abdul Salam Akhund who was arrested by Pakistan in 2010 but was released repeated requests to Pakistan by former Afghan President Hamid Karzai.

While waiting for full investigation report and causes for the Kunduz debacle, the aftermath of Kunduz scenario can be summarized as twelve important lessons that should be learned by Afghans.

1. Few hundred Taliban are capable to over-run even a Northern provincial capital once considered as the most secured and fortified by the NATO; More than 7,000 Afghan Police, security forces and private militiamen were unable to counter 300 Taliban and their supporters;

3. In the backdrop of rising corruption and mismanagement Taliban is not only gaining some support and sympathies in Pashtun majority provinces of Afghanistan but also in non-Pashtun areas; (After Kuduz capture several Tajik local commanders emerged to claim representing Taliban).

4. South and southeastern provinces of Afghanistan with Pashtun majority can also briefly fall into Taliban hands if non-Pashtun brutal militia and corrupt warlords backed by Provincial Committees are allowed to handle situation in those areas, and central government fails to establish its own writ. 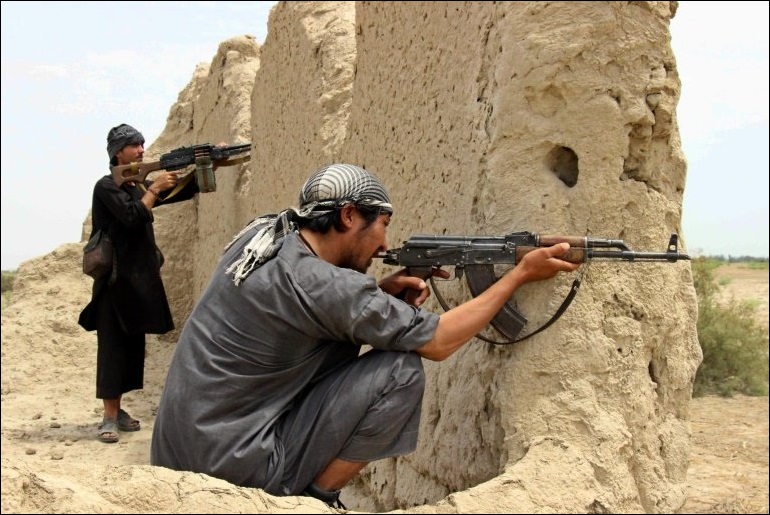 5. According to some reports, local residents of Kunduz also took up arms to fight alongside militants and helped Taliban capture the city. Since most Afghans are fed up with the corrupt local government, therefore there is an urgent need for establishment of anti-corruption investigation agencies and reinsure the rule of law.

6. Continued internal struggle between different power mainstays and a fragile Government can easily put any Afghan city vulnerable to Taliban onslaught, short-lived it may be;

7. Security in Afghanistan cannot be out-sourced to narcotic mafia leaders, warlords and contractors aiming to earn money from all sides and open to bargain with anyone but a strong security establishment with full authority is necessary.

8. There is an urgent need to address the grievances of Pashtun majority of Afghanistan and Centre and provincial government cannot be run only through selected rather than truly elected tribal representatives in all provinces of Afghanistan.

9. All Afghan elements must be made to understand that sooner or later they must agree to an amicable and negotiated settlement is the only and final solution to end the crisis.

10. Foreign powers and all regional states must allow the Afghans to settle their own internal differences without any party seeking support from outside. If Taliban continue to call rival Afghans as 'Western, Iranian and Indian agents", their arch rivals would continue to accuse them (Taliban) as "Pakistani agents".

11. Afghan leaders must stop blame game against political rivals and comprehend that their widening differences, hatred against different ethnic population and refusal to accept the ground realities would only benefit those gaining out of chaos and disorder in the country.

12. Indiscriminate and misled bombings on MSF hospital in Kunduz not only halted US airstrikes against Taliban and left Afghan forces without air support, but could also incite more violence and justify more Taliban attacks in the future.